There is much which goes into the development of an app, and there are many different applications. To determine what the production and maintenance costs of your app will be over the long run, you’ll first need to determine the necessary scope of your app. Will you be developing something strictly for internal use, or for external use?

Will your app be available via cloud computing network for your staff? Or will you be hosting the app internally? Will the app be used as a means of assisting internal production, like these 5 design apps? Or will the application be more geared around monitoring needs? Or will the app be for clientele use only?

Once you answer such questions, your next set of inquiries should revolve around your design paradigm. Will you design the app internally, or outsource to an organization who specializes in such software engineering? Provided you’ve got requisite skill and resources on your side, you can actually save money by internally producing apps.

There is something to consider though, and that’s the “trial-and-error” tax. If you go about designing an app internally, then it’s likely you’ll end up making a few mistakes that will cost you, and which would definitely have been avoided through using the auspices of a professional design group. 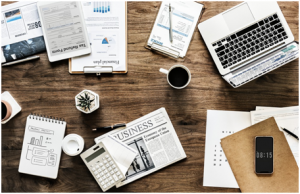 However, once you’ve got the scope and kind of your app figured out, as well as the means by which it will be developed, you’re well on your way to determining a tangible cost for your software creation. There are just two more considerations to take into account.

Your best bet may be a marriage of external and internal development strategies. You consult with MSPs and app designers to avoid reinventing the wheel, then use solutions like Cobertura and Jenkins (outlined here https://www.loggly.com/blog/java-code-coverage-with-cobertura-and-jenkins/) to design the app.

With all these questions answered, ballpark costs for your app will range from $10k initially for app creation at the cheapest level of design, to over a million bucks if you’re pushing the envelope with costly add-ons and a massive user base. The features of the app you design, how complex it is, and what kind of platform its interfacing with will all come into play.

If you’ve got servers on the back-end, rather than some cloud-sourced solution, that’s going to be more costly because you’ve got to maintain the servers; and especially if you’re hosting an app, it’s probably not wise to entrust that maintenance to an exterior managed service provider. You’ll want dedicated internal staff, and they aren’t cheap.

A more realistic figure for a single platform (instead of desktop, mobile, etc., your app is only usable on, say, android phones) is going to be about $25k. If you build your app using some offshore, cut-rate agency, you’ll save; but you will open yourself up to avoidable operational errors, and perhaps even being undermined by a Trojan.

Third party apps are well-known for their Trojan characteristics, and if you’re looking to get some traction with your business, the bad PR fallout from associated Trojans could be very costly. Sometimes spending less actually leads to spending more. 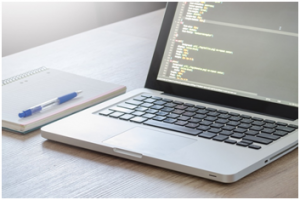 So to iron out all these wrinkles, you might want to say about $50k initially, and call total costs for management of the app an additional $20k annually after that over the course of five years.

Provided the app you’ve designed can initiate $150k in revenue over the course of five years, or $30k a year, then by the end of five years your profit will overcome design costs, and then maintenance and upgrades will just be operational overhead rather than risky investment.

Boosting Engagement Will Increase Your Growth And Brand Value

Best Graphic Design Resources You Ought to Be Aware of 8 Essential Tools and Gadgets for a Successful Graphic Designer